Out Of Luck in Earlestown

I have always known I was taking a risk doing pub surveys on Tuesday afternoons:  With it being the quietest time of the week, pubs might not bother to open.  So far, I've generally got away with it, but my luck had to run out some time, and today turned out to be the day.

With my choice of destinations limited by the closure of the railway at Lime Street, I decided to mop up a few places in Earlestown that I'd not visited for fifteen years, or in one case, never.

Outside the station is the Railway, which was closed as expected: 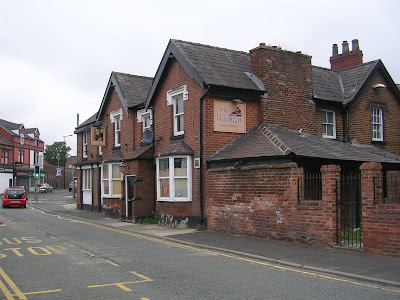 This place has closed down and re-opened a few of times over the last ten years, but I think it's finally had it this time, although you never know.

Next, I headed for the Houghton Arms.  Hidden down a residential cul-de-sac as it was, I had guessed this would be long gone so I wasn't very surprised to find it converted to housing: 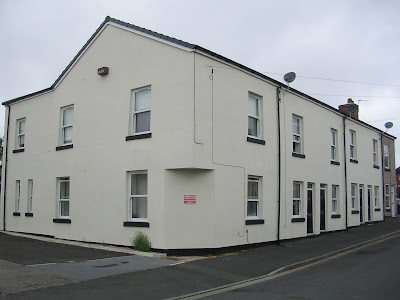 I wandered to the Old Crow: 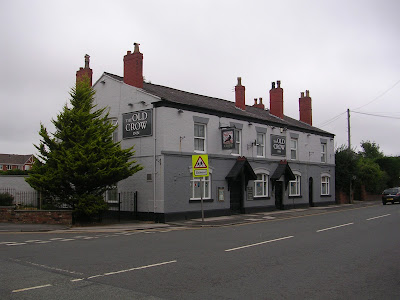 Looks like it's still an operational pub, but not open at two on a Tuesday.

Now a long walk (Made much longer by a failure of my sense of direction) to the Griffin: 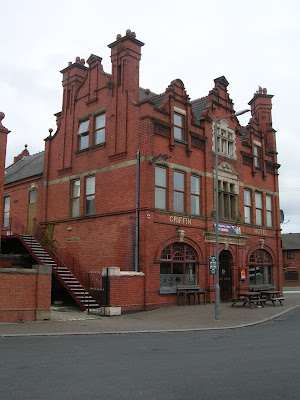 Once again, an operational pub but not open.  What a magnificent building!

My thirst was really building now, and I headed back towards the centre and, at last, an open pub, the Wellington: 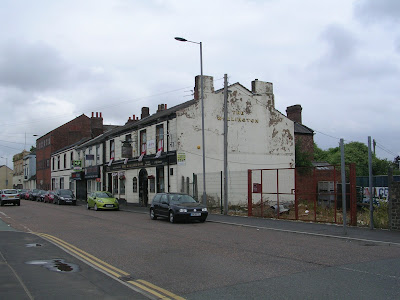 Behind the rather scruffy exterior is a clean and tidy plain two bar boozer, with a handful of regulars chatting and watching racing in the bar side.

As usual, no-one took any notice as I typed on my tablet, but for some reason I can't explain I felt a little uncomfortable here, so I quickly tucked it away in my bag.

I've not been in since 2003, so at least I got one desirable tick today.

My next target was the never before visited Rosie's Bar: 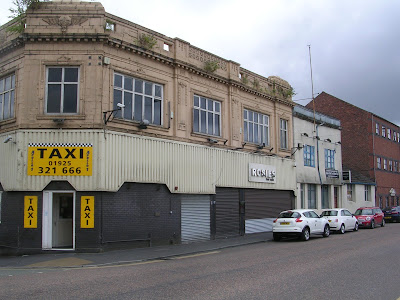 Despite the sign outside saying it opens at 2pm on a Tuesday it clearly hadn't.  I suspect it might be closed forever.

I was running out of targets now, not fancying the long walk to Wargrave and Vulcan Village, and I dithered about catching a bus to Saint Helens and doing some pubs there, but I decided to stick to Earlestown and tick off a couple that I'd done "only" four years ago.  So, on to the Newmarket: 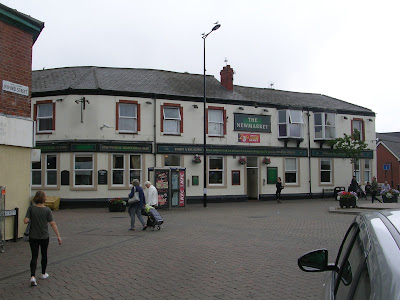 Last time I was here, in 2014, it was in the middle of being redecorated and we were squeezed into one small room.  Today the whole place was in operation and the interior is plain and well cared for.

As usual, I went in the wrong door and joined a couple of racing fans in the bar, while there was quite a bit of cheerful chatter audible from the lounge.

What a pleasant, comfortable, friendly pub this is.  For some reason I just felt at home here.  All it needs is some real ale to go with the handpumps!

The shortage of open "target" pubs is not all bad news, it gave me an excuse to have a pint in the Wetherspoon's Nine Arches which would normally be disallowed because I was here only two years ago: 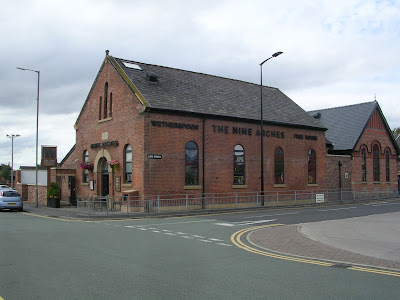 Hidden down a back street in a former Methodist Hall, this is a rather fine member of the chain so I was glad of an excuse to go back.  On my previous visit, in the first weeks of opening, it was absolutely packed; today was a lot quieter, but still doing steady business in drink and food.

I was particularly chuffed to see one of their international collaboration brews called "Anti-hipster-min" on the bar, having enjoyed four pints of this gorgeous beer yesterday evening in my local branch, so I had another today.  It's brewed at Adnam's, by the way.

Next, back towards the station to finish in the Ram's Head: 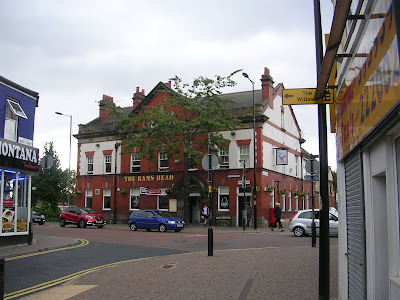 This plain boozer has kept its historic layout with the two room lounge side served from three hatches at the back of the servery.

The decor in the bar is plain but well cared for, clean and tidy as everywhere is nowadays.  The "bare brick" wallpaper in the lounge looks ugly, but that's only my personal taste.

I watched Tipping Point on the telly at the end of the bar, blimey the questions are easy (Angleterre is French for which part of the United Kingdom?) but it's a fun gameshow for afternoon TV.

Time for my train home.

Coming soon:  Kensington and then further afield once the trains are back.
Posted by Phil Wieland at 23:22