Today's exploration started with a train under the river to Birkenhead.  I'd just missed my intended bus so I began with an unscheduled visit to the John Laird, a smaller than average member of the Wetherspoon's chain, where I enjoyed a fine pint of something-or-other in the busy pub - I think I got the last free table.

Back to the bus station after a brief stroll through Birkenhead's enormous indoor market, and I was soon on my way towards Oxton and the primary objective of the trip. 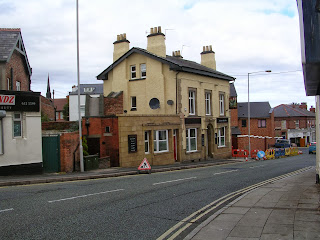 This year's Good Beer Guide caught me out, as it often does, with a new entry that I'd never been to, so a drink in the Cock and Pullet was high on my list of priorities.  Here I selected an excellent pint of Sandpiper from the local Brimstage brewery from the choice of seven real ales.  Actually a pint with a very large head plus another glass to top it up with.  This is a proper traditional boozer with two rooms served from opposite sides of the central bar plus one or two side rooms, all well cared for and pleasantly done out.  The walls are covered with fascinating old pictures of Birkenhead.  A handful of regulars propped up the bar.  I must confess to a brief attack of beer snobbery when I noticed that one of them was drinking Tetley smooth, but it's a free country. 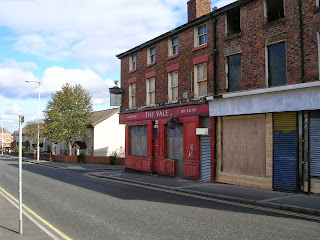 Heading back along Oxton Road towards Birkenhead, I next passed two closed pubs:  The Vale and the Observatory, unfortunately I've never managed a drink in either of them. 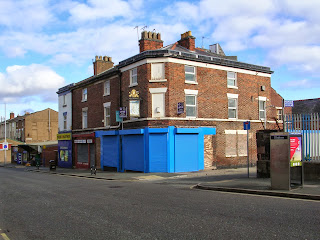 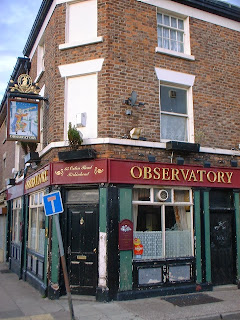 In the case of the Observatory it was apparently operational last time I was here, in 2004, but not open at the time I took this picture. 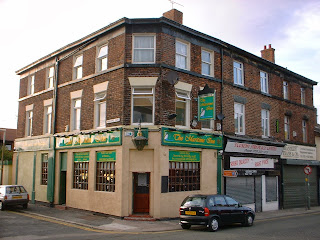 A little further down the hill is the Richmond, which was known as the Maritime Inn when I took this picture in 2004.  In its new incarnation it is a rather tatty one room boozer.  No chance of real ale here, so I thought I'd be safe with Guinness, but no - After pouring one away the barmaid served me a pint, warning "You'd better taste it".  I did and it was very sour.  After a few more pints had gone down the sink she reached the fresh-ish stuff.  I really should have refused it and switched to lager.  I think this is the first time I've ever experienced off Guinness, I'd always assumed it was loaded with enough chemicals to make it indestructible. 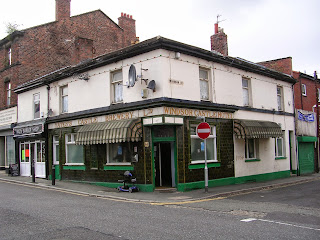 My final destination was the Windsor Castle.  The splendid ceramics outside conceal a rather plain one-roomed pub which doesn't seem to have changed much since my previous visit nine years ago.  My notes then said busy, plain and well cared for, and it still is all of those.  After my problems in the previous establishment I went for Foster's here and settled at the only free table to watch darts on the telly.