Another Tuesday afternoon in town started in a famous one, Ye Cracke: 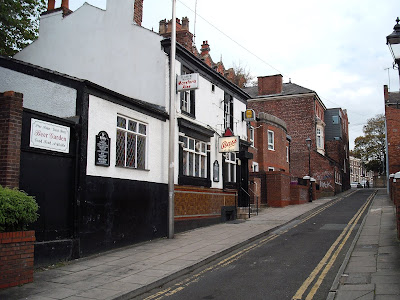 For a moment I thought this might be shut, but the door pushed open and in I went.  Only three customers in the place on a Tuesday afternoon.  I selected Phoenix White Monk and the landlady poured it, took my money, and then looked closely.  "I'm just checking to see if it clears", she said, and it soon became obvious that it wouldn't.  "It only went on yesterday, someone must have knocked the barrel when we had a delivery this morning."  "This is another pale one" she continued, and pulled me a pint of Dogs Bollocks I think it was, before turning the clip round on the Phoenix.

Always a pleasant place for a nice drink, this, with a surprising lack of tourists today.  I relaxed in one of the larger rooms and enjoyed my ale.

Just a few yards down the road is the Pilgrim: 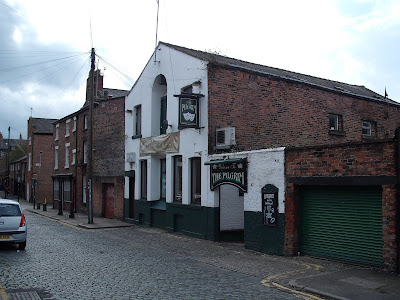 Even quieter than the Cracke, just the barmaid and me in the large downstairs room.  Three real ales were on, I chose Lancaster Amber, and it was in good nick.

Once I was served the young lady busied herself putting up Hallowe'en decorations.  Too early in my opinion, but not as bad as the Brook in Cambridge where I grumbled to the barman about their decorations the week before last.

No one came and no one left... - No, let's not do that again.  A bit lacking in atmosphere, of course, with nobody in, but I bet it's fun on a Friday night.  I can't recall if I've ever done it at a busy time, I vaguely recall a dispute about short measures a very long time ago.

Just a short walk to the Grapes, just to take a picture because whatpub says it doesn't open until later: 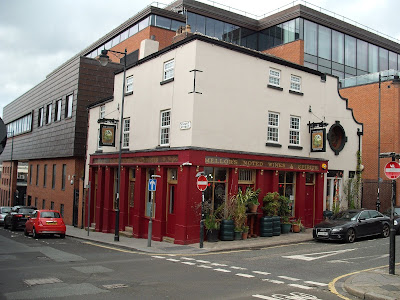 But hang on, the lights are on and I can see people inside, so I can go in after all.

My recollection of this place from 2016 could be summed up as "Great ale, bit of a dump".  They've changed one of those and kept the other - Yes, it's now great ale in a very pleasant pub.  And they've knocked through into next door creating a comfortable space.

I ordered a pint of Loch Fyne "Jarl or Yarl, however it's pronounced".  The landlord/barman didn't know either.  Either way, it was gorgeous.

Just a few other customers, their chatting at the counter mixing with the music.

Now for a complete contrast, in to Brewdog: 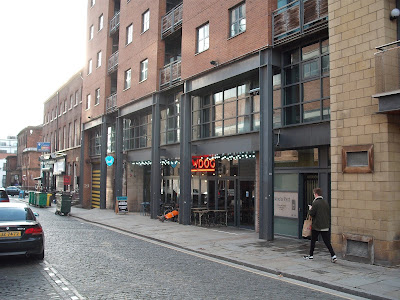 Slightly busier than my previous ticks, but still pretty empty, just the occasional customer going to the counter.  One came in with his bike, now that wouldn't be allowed in a traditional pub!

It's always a bit risky, I think, to get advice from the barman, but my half of 8.2% Sink the Pink, from German brewers Brlo, was truly exceptional.  It's got that sweet tang of a barley wine, with some fruity flavours as well.

Next, something else different again, Red Dog: 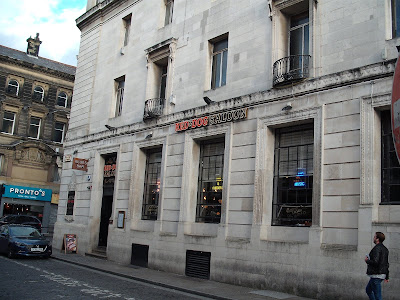 Last time I was here, back in 2004 when it was called Bar VR, I was rather disparaging about a plain down at heel bar with customers to match, but I didn't recognise anything this time.

A rather well done food and drink place, with dark wood panelling, all modern I think, on two floors.

Totally deserted at five on a Tuesday, three staff and me!

No real ale of course, so I selected at random something called Wild River, which turned out to be brewed by Fullers and rather tasty.

The music mixed with the staff chatting, and fiddling with a wonky Magners font, eventually patched up with some sticky tape.