I started today's survey with a visit to the new station at Maghull North.  My first target was the former Red House, now the Fox: 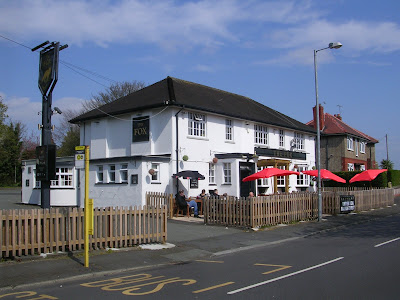 Sadly, the classic 1950s interior I admired in 2012 has been refurbished out of existence.  Instead I found a pleasant well cared for bar side and a larger lounge.

I ordered a pint of Wainwright, but it was unavailable so I had to put up with lager.  The barman apologised and turned the clip round.  My Carling came in a peculiarly shaped glass I don't think I've seen before.

There were a few people sitting outside dining, and the only custom in the bar side was one lad playing pool.  I say custom but he didn't seem to have a drink.

Next, a long walk in the sunshine, passing (and photographing) a number of pubs I intend to visit later today and eventually leading me to the magnificent Scotch Piper: 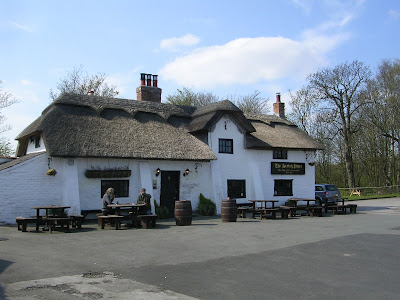 This historic gem, dating back to 1320, continues to delight and is certainly worth the trek.  (You can get the bus if desired.)

There were three handpumps on the tiny counter, one of which offered a house beer, but I didn't look further than the Titanic Plum Porter which was, of course, gorgeous.

Quite a few customers were keeping the place going, some sitting outside in the sunshine.  A big improvement on my previous visit in 2010 when I was the only customer on a Saturday afternoon.

Where's the gents, I wondered?  Luckily someone else asked the barmaid - "It's outside" - so I didn't have to.  Outside toilets are another indication of a classic pub!

Having completed my long walk, it was time to retrace my steps, stopping off along the way, first at the Weld Blundell: 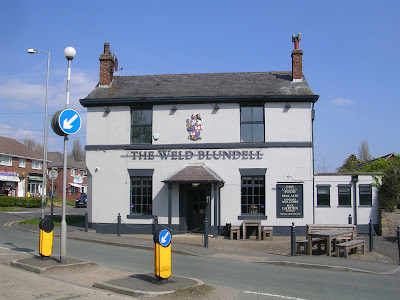 Pleasant contemporary decor in this place, pretty quiet but not empty at three on a Tuesday.  A couple of handpumps on the counter, and my local Red Star Lakota was spot on.

I initially characterised this as a dining-oriented place but actually the menus on my table were for gins and drinks, so while it certainly is a gastro-pub they aren't pushing it to the detriment of drinkers, and there's plenty of tellies for watching sport.  Overall, a rather skilful design, half way between local boozer and posh dining place.

Next, on to a pub I last visited back in 1998, on a bike ride along the Leeds and Liverpool canal, the Running Horses: 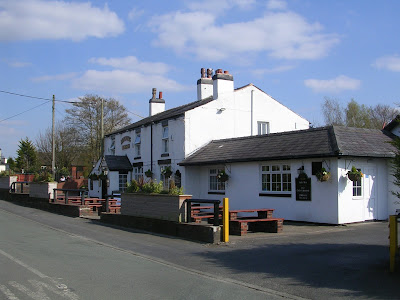 A rather good canal-side pub, this, obviously targetting the food market but welcoming drinkers.  Only one pump clip on the counter, and my Pedigree was good.

A handful of diners and drinkers were keeping the pub ticking over, but the main sound was a music channel on the TV, which seemed to be playing Christmas songs when I arrived.

Next, the Coach and Horses: 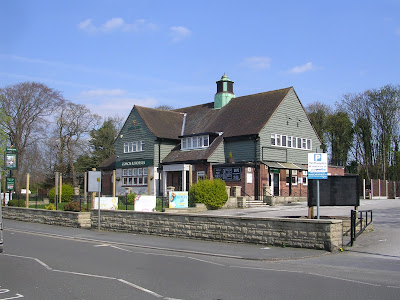 A Greene King place, this, but surprisingly without menus and other dining paraphernalia.

Two handpumps on the counter, but both had the clips turned round, so I had to make do with lager.

There were only a handful of customers in, and the place was pretty peaceful with gentle chatter amongst the regulars, and a quiet TV channel in the background.

On to the Hare and Hounds: 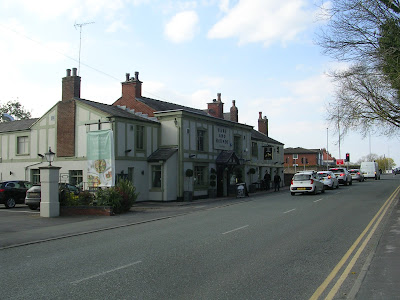 This Ember Inns pub is exactly the same as all the others in the chain:  Pleasant contemporary decor, and aimed at diners but welcoming drinkers.

My London Pride was in good nick, is it Japanese yet?

The main sound in here was background chatter, with the time approaching five there were quite a few customers in.

My next port of call was the Wetherspoons Frank Hornby, so I knew exactly what to expect: 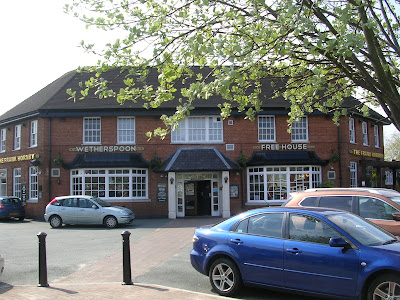 Unlike all the other pubs visited today, this one was busy, filled with diners and drinkers although not so full that I couldn't get a table.

I resisted the temptations of Steak Club and headed to my final target, the Old Post Office: 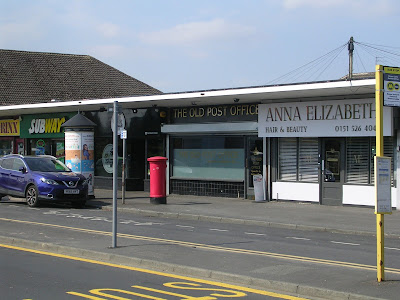 Never before visited, it's always good to tick a new one.  A plain but rather well done shop conversion, with only three other customers, but I bet it's busy when there's a match on the telly.

No real ale, so I finished the day with a half of Carling.

Pub of the day: The Scotch Piper, naturally.
Miles walked: 6
Posted by Phil Wieland at 23:29 No comments: