A visit to Cambridge City Centre on a Sunday during tourist season (January to December) is always a pain, but I had some shopping to do.  As soon as possible I headed out of the centre to escape the hoards of tourists who seemingly don't seem to know how to walk down a busy street let alone how to behave in a pub, and to the Castle: 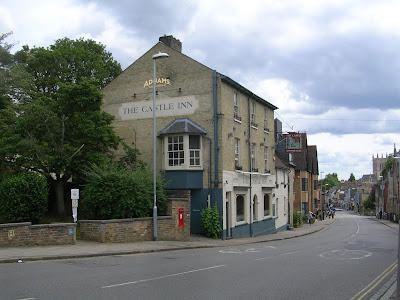 The pleasant old-ish multi-room interior with a slightly quirky layout including a window between two rooms, was pleasingly quiet at one on a Sunday, a wonderful oasis of calm after Trinity Street.

A wide range of Adnam's brews is on offer along with a couple of guests, and I selected the always good Ghost Ship.

The handful of other customers were all dining, from the menu of pub standards.

Across the road to the Architect: 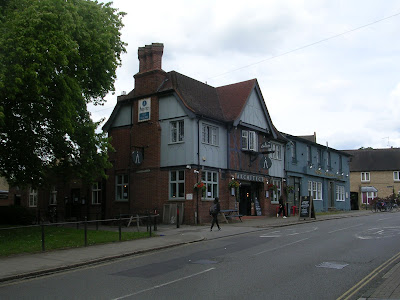 In this Everards house I obviously went for Tiger, but a couple of pulls soon revealed it had run out.  Instead, I had a pint of Sunchaser which, to be honest, was well past its best.  Probably the first one pulled today.

Only five other customers, all eating, until a sixth came in for a half of something.

Down some back streets I've never seen before to a pub I've never heard of, the Punter: 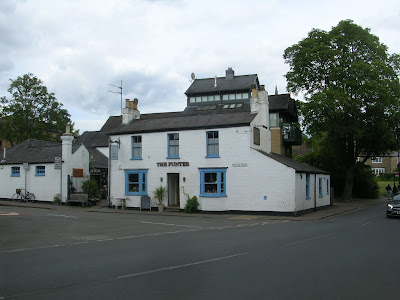 Here I found a pleasant traditional multi-roomed boozer, quite busy with dining groups.

My dithering at the four handpumps was quickly halted when I spotted that the house ale was brewed by Oakham.  Punter Blonde tastes like Oakham Citra, one of my all time favourites.

Quite a loud level of cheerful chatter in here, in contrast to the last two visited.

I noticed the groups of diners were getting their drinks served by waiters, had I committed a faux pas by ordering at the bar?
Posted by Phil Wieland at 23:09 No comments: