A Thursday survey again this week, and Merseyrail soon whizzed me to Waterloo.

My first destination was the Royal Hotel: 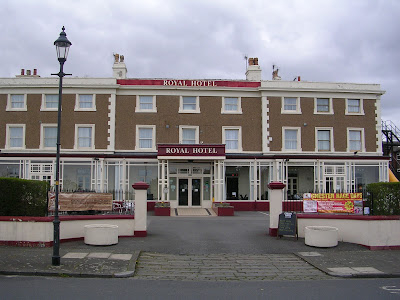 I've walked straight past on a number of previous occasions because this is a residential hotel, but having learned that it did real ale I paid a visit.  Just one handpump on the counter, which provided an excellent pint of Dazzle from Crosby's Rock The Boat.

There was almost no-one in the comfortable lounge at 3pm, with just a little conversation under the muzak.  I sat in a leather armchair and enjoyed my pint.

On to another tick that's not a pub - Bar Bodega: 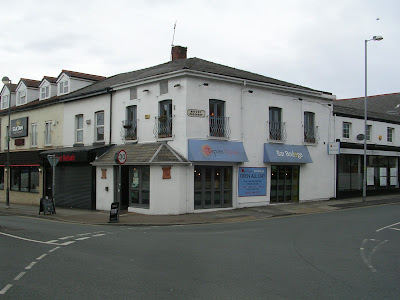 A rather fine "Spanish Cantina" this, aiming at selling tapas and the like, but the comfortable small room is welcoming to drinkers as well.  No "standard" beers (Except for a Guinness Surger), but a few taps offered San Miguel and a couple of other presumably Spanish beers I'd never heard of, plus Love Lane from Liverpool Craft, which I must say is rather fine, if a little gassy for a real ale drinker.  Extra points were earned for serving it in a Love Lane glass.

The four other customers nibbled food while I relaxed on a comfortable leather sofa and enjoyed my ale.

Next, a proper pub at last, the Raven: 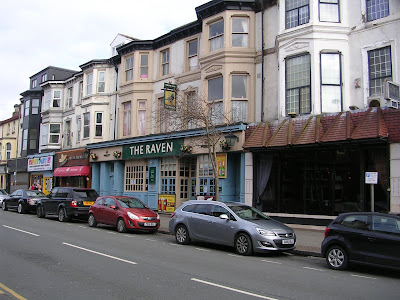 A bit more down market, but still pleasant, friendly and welcoming.  A gang of regulars, mostly seated at the counter, created a background of chatter at a similar level to the music.

The tellys were showing snooker but I don't suppose anyone was taking any notice.  (Do we really need to see the player picking his nose, I wonder?)  Actually, I quite enjoyed watching the snooker, improved by the lack of commentary, while I drank my Guinness.

On to the Four Ashes: 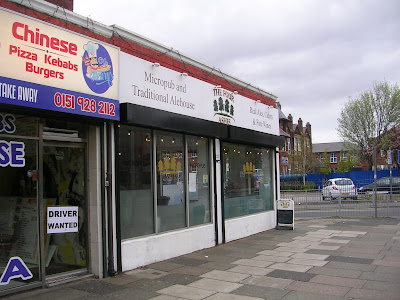 Here I found a standard micro-pub shop conversion serving perfect real ales.  I was the only customer a couple of minutes after opening time (5pm), so I got chatting to the landlord.  Our discussion ranged over breweries, Merseyside pubs and other topics.  Sadly no other customers came in while I enjoyed my superb porter from a brewery I've now forgotten (The problem with spending the whole visit chatting to the landlord is you don't get to write any notes!)  I hope they get more custom later, we need places like this to be successful, no telly, no music, no karaoke, perfect ale, that's what we want! 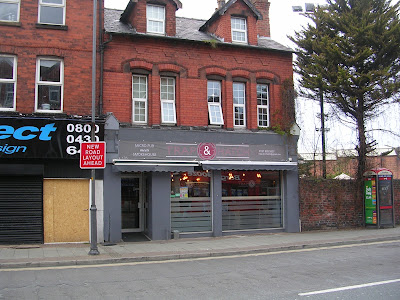 A sign outside advertises their dog-friendliness, always a minus point in my book.  Three handpumps on the counter in this small shop conversion, I chose something I've never heard of from a brewery I've never heard of, Wild Weather Ales, which the barman - after consulting t'internet on his phone - advised me is in Reading.  I don't often come across unfined beers so the cloudy look was perhaps a little off-putting, but it tasted wonderful.

Unlike the Ashes there were a number of customers (and well behaved dogs) in this one, I'm not sure what they're doing different, perhaps it's just the location on the main shopping street as opposed to "round the corner".  All the customers, except me of course, seemed to know the staff.


Now I'm asking questions, I never thought I'd ask them before
Like "why" or "how" or "what am I doing it for?"
[Ray Davies - Return To Waterloo]