In what is becoming an annual tradition I marked my birthday with a Wetherspoon's breakfast and a pint.  This year's venue was in Old Swan at The Navigator: 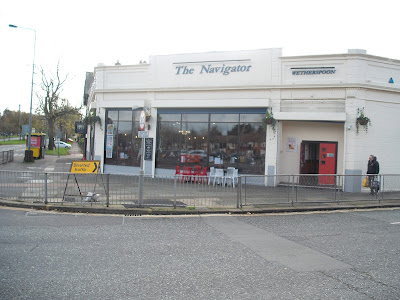 It was ticking over steadily at eleven on a Tuesday, with the occasional breakfast coming out from the kitchen, but most of the customers were drinkers.  My Wobbly Bob was lovely, a great accompaniment to a large fry-up.

"Celebrations" over, I headed out to see if I could visit a few other pubs, but which would be open on a Tuesday morning?

The Masons Arms for one: 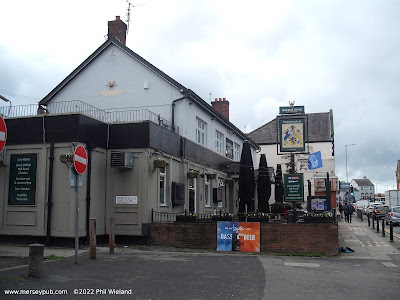 It was quite quiet but ticking over with morning boozers in one large open room nicely decorated in this Greene King pub. More lunchtime customers arrived as I downed my Guinness and soon lots of food was emerging from the kitchen.

As a software engineer I was rather pleased to note that I was seated at table number zero (Computers usually count from zero whereas humans generally start at one.)

One more tick to round off the morning I think, actually it's after twelve now.  I haven't been in the Black Horse since 2017 so it's worth giving it a try: 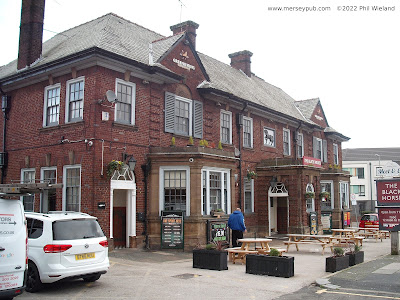 I'd not really noticed before what a fine building this is, I wonder from when it dates?  Maybe 1920s??

Another Greene King place, this time with handpumps from which I had a mediocre pint of Abbot - Probably the first out of the pump today.  There were fewer customers than in the Masons, and no one eating as far as I could see, although the menu was identical.

The other customer wanted Sky Sports Racing on the telly, it took three members of staff and an extended discussion to achieve this.  Actually it's a mark of good service that they put the effort in rather than just saying "it's not working" - Well done.  Mind you, he was clearly a regular, perhaps there would have been a different outcome if I had asked?

Many more people came in over the next half an hour, although the pub was hardly busy even when I left for home.

Pub of the day: Wetherspoon's
Beer of the day: Wobbly Bob
Miles walked: About a half.
Maybe coming soon: Townsend Lane
Posted by Phil Wieland at 23:44