I took a bus ride to Speke, and started at the former Fox, now a social club called Dunnies: 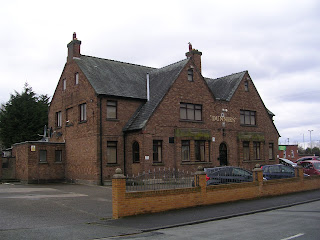 Arriving at the front door I discovered one had to buzz for entry.  I decided that meant it wasn't a pub, and turned away, but as I crossed the car park a member of staff called after me and invited me in.

I had to sign in as a visitor so this is definitely a members club, but I was made welcome so I had a pint of Guinness and sat in the comfortable lounge area where there were plenty of members who were watching Liverpool on the TV or just chatting.

There was a children's party in the function room but pleasingly the loud music there was hardly audible in the lounge.

I can't recall much about the Fox, which I visited on a Sunday back in 1999 when everyone seemed to be eating Sunday dinner, so I'm not sure how much this has changed inside.  Nowadays it has very well done plain decor, typical of a social club.

I moved on to see the current status of the other pubs on this large estate.  The Dove and Olive Branch and the Pegasus were closed and demolished some years ago.  A brief search of the internet failed to find a picture of the Dove, which I seem to remember was a rather fine building.  Here's my shot of the imposing Pegasus in 2003: 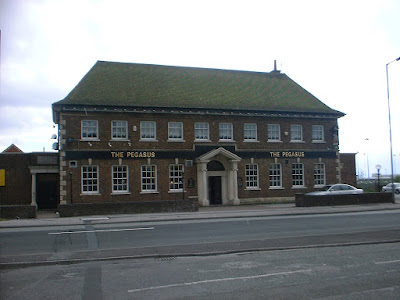 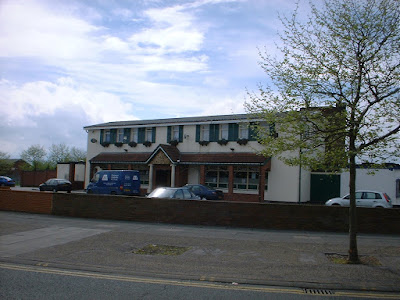 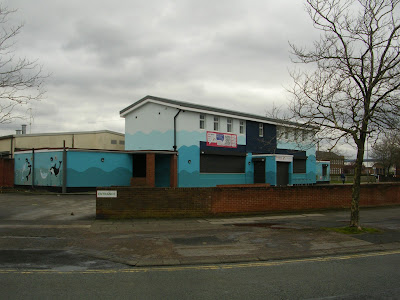 The Mill House, still displaying its name, is now a nursery: 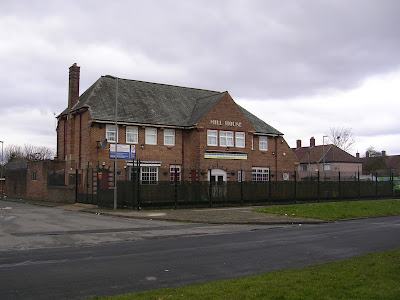 And finally, on to the Orient: 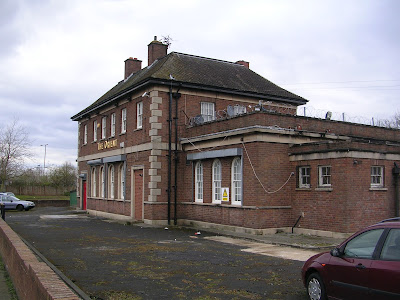 This also appeared to be closed, although perhaps I should have pulled on the slightly scary red metal door? 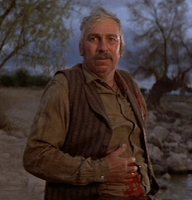 Slim Pickens (1919 - 1983) was a film actor who appeared in many cowboy films but perhaps his most famous role was as Major T.J. "King" Kong riding a nuclear missile to certain death in Dr. Strangelove.