I Owe Kirkdale A Pint

Two trains took me to Kirkdale. 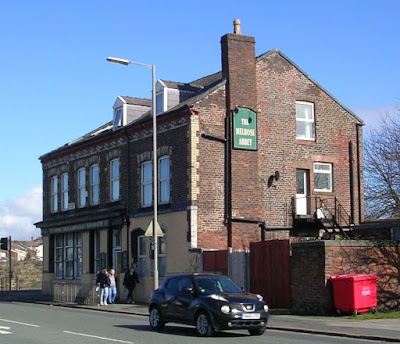 Outside the station the Melrose Abbey is closed, so I moved on to the Elm Tree:

This rather pleasant 70s boozer has retained most of its original decor, and probably the original layout as well.  Matchboarding below the dado is dark stained, as is the panelled bar front.

Only a few customers in with me, mostly watching the racing - It's Cheltenham Festival.

The other room was empty of people, it's labelled "Fan Zone" so is probably busy on match days.  Another one-team pub, all football signage was for the nearby Everton.

It's unusual to see all three of the "bog standard" keg bitters on offer - Tetley, John Smith's and Worthington.

For some reason, one of the locals got me a pint, unasked, so I had to have two in here!  He bought everyone in the pub at the time (His mate, one elderly woman, and me) a drink, but didn't explain why, I'm guessing he'd had a win on the horses.  I thanked him again as I left, he just said "see yer".
In the past I've come across friendly people who engage you in conversation and then want to buy you a drink, hoping you'll continue talking to them and then buy them one back; but this was a new one on me, he made no effort to chat to me before or after the drink, and didn't seem offended when I swigged it and went.

Just up the road is the Leigh Arms.  My database recorded this as closed and tinned up, so I was pleased to discover it open and looking good: 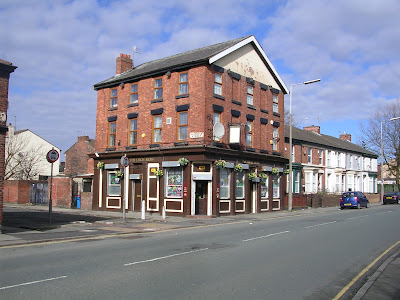 I failed to spot the handpump on the bar, so had another Guinness.

Once again I met friendly locals:  Ordering at the bar I realised I might be in the eyeline of one of the blokes watching the racing, so I took a step back while my drink was poured.  He immediately said "You're OK, I can always watch the other one."

Inside, the interior has been knocked through into one open room surrounding the servery.  With two regulars plus me the pub was surely not taking enough to pay the barmaid's salary?  Hopefully it'll be busier later.

Next, the Royal Oak: 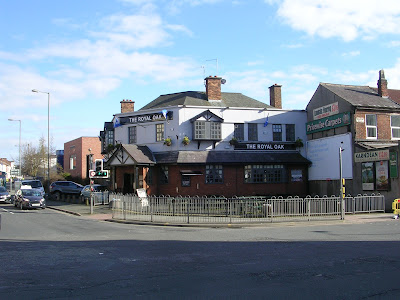 My abiding memory of this place is a visit many years ago on the day of the local derby, and the crunch crunch of broken glass as I gingerly walked from the door to the counter.
At more normal times it's a pleasant popular friendly boozer in one large room knocked round the four-sided servery.  Unlike today's previous calls, this one had quite a lot of people in, mostly watching the racing, although it wasn't packed.

The handpump was marked out of use by a half over the handle, so it was Guinness once again for me.

Moving to my technical interests, I noted the large screen TV in here was four big edge-to-edge tellys joined to form a giant display.  This technology has been available for some time but it's the first time I've seen it in a pub, where most giant screens are projection in my experience.  The picture was very good despite the ugly black cross.

On to the Barlow Arms: 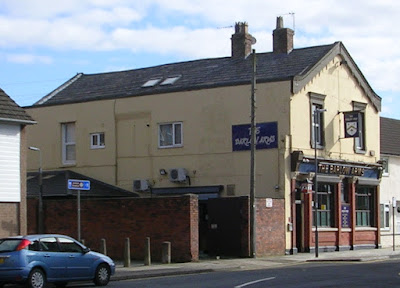 This is a splendid street corner boozer and the interior features a great antique bar back.  The "other" room seemed to be deserted but in the bar side were a handful of cheerful regulars.  Cheltenham was on the TV but I don't think many were watching.

I relaxed on a comfortable bench seat and enjoyed a final Guinness.

Next to the Barlow Arms is the Westminster which is still standing despite having been closed for a few years: 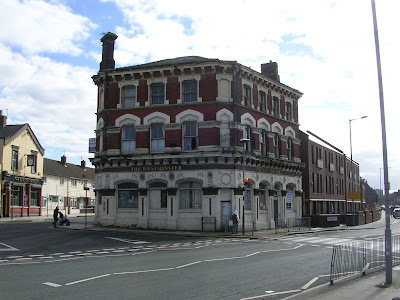