I have done a few trips here in the last few years, so today was a bit of a mopping-up operation, visiting some widely spaced Bootle pubs which I had missed on recent visits.  I walked past the closed Wyndham and Wharf: 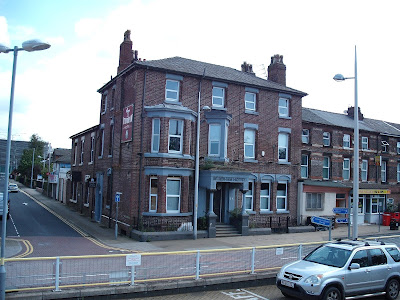 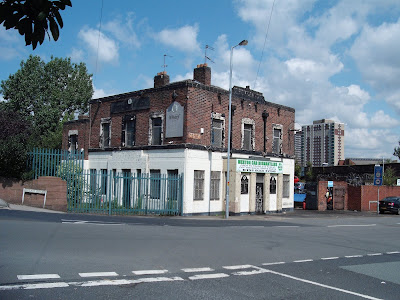 ... and started at the Lock and Quay: 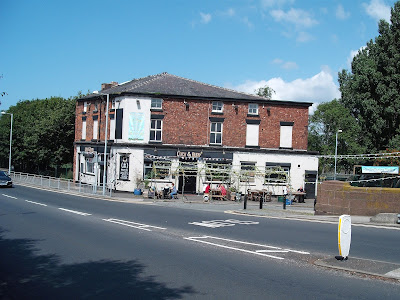 This pub was formerly the Little Merton, which I never managed to visit, so another new tick, the sixth of the week!

Inside I found one knocked through room with fun decor on music and maritime themes.  On the counter three handpumps, only one with a clip, and I had a pint of Stamps' Submarina, which I thought a little past its best.

Most of the customers were outside enjoying the sunshine, with just three or four of us inside.

The sign says this is a community pub with profits re-invested in local projects.  A laudable scheme, it's a shame we don't see more of these, I think this might be the only one in Merseyside?

My next destination was the Mayflower.  Checks on the internet seemed to suggest it was probably closed but no: 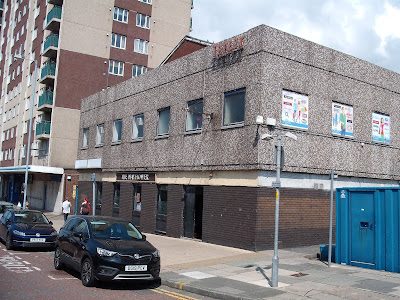 My notes from 2004 described this as a plain smoky two-sided pub.  This time I could see no evidence of the other side apart from a padlocked door, and of course no smoke, but it's still a plain, clean and tidy boozer, quite popular on a Friday afternoon.

Obviously no real ale but my lager was cold, cheap, and refreshing.

Two different silent racing channels were on the tellys, mostly ignored.  The main sound was animated chatter and laughter, with music very much in the background. 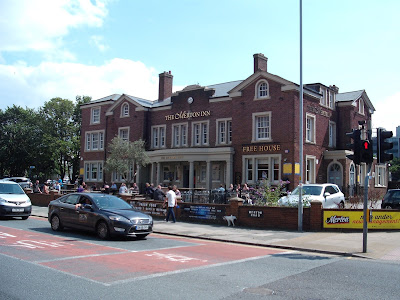 I must say this is an imposing building from the outside.  It was a Wetherspoon's between 2009 and 2016, this was my first visit since then and, like other ex-spoons I have visited, they have kept the styling and signage.

There were umpteen handpumps on the counter, only one with a clip, but I decided not to risk it, and stuck to cool refreshing fizz.

The place was ticking over well, with most tables outside occupied, and quite a few drinkers inside as well.

I noted smugly that I have drunk in here previously, both before and during Tim Martin's tenure.  There was also an occasion in 2004 where they wanted three quid entrance fee (On a Thursday) - On principle I "made my excuses and left":  As a general rule I don't think a pub should charge an entrance fee, although where that leaves beer festivals I don't know.

Next, a stroll past some pubs visited more recently and/or closed, so I didn't go in today.  The Jawbone: 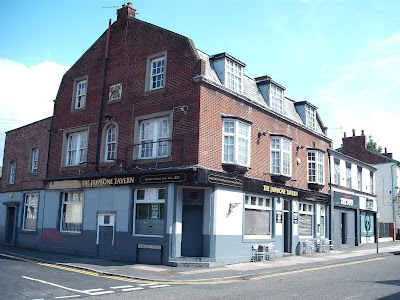 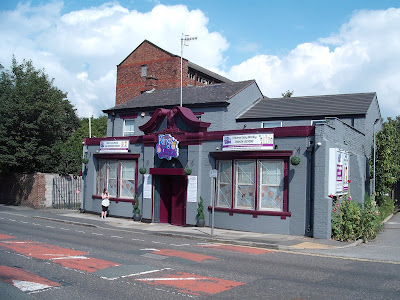 I was disappointed to see that the Laburnum is also now closed: 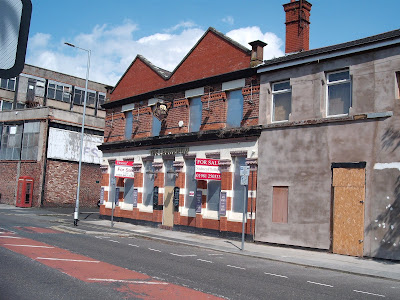 ...while I knew Kingies has been closed for some time: 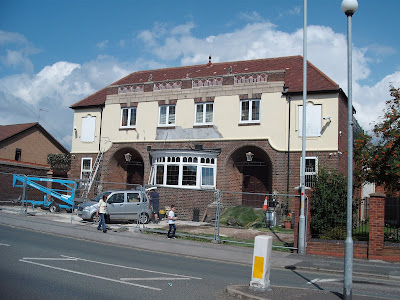 At last, on to a bit of an outlier on the other side of Bootle, the Albion which I last ticked in February 2000.  Would it still be open?  Oh yes: 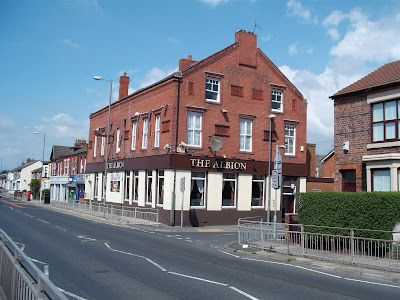 Knocked through round a three-sided servery, this is a classic like you don't often see nowadays.  Dark wood panelling and (fake) etched glass mirrors make for a splendid feel, just like hundreds of pubs I've visited but not many in the last few years.

A small number of locals were keeping the place going and creating a gentle chatter under the music.  The jukebox moved on to Shine On You Crazy Diamond - Someone's got good taste!

Pub of the day: Difficult to choose one from such a widely varying selection.
Miles walked: 2.3
Posted by Phil Wieland at 20:33