On Wednesday I was in town for a pub crawl with some friends, so it wasn't a proper survey - I don't want to sit there ignoring the gang and making detailed notes like I do on a research trip.

We started in the always beautiful Philharmonic Dining Rooms: This is undoubtedly the most famous pub in Liverpool (Although I renew here my assertion that the Big House is just as good.)  My pint of London Pride was the best I've had for ages, the last few have seemed a bit bland but this was very tasty.  We started in Brahms, but the music was too loud for conversation so we moved to the billiard room which was a lot more peaceful.

Next, we moved on to Ye Crack: Only two ales on, one was a stout of some sort that I probably would have enjoyed but my friends wouldn't, and a pale one, from Spitting Feathers I think, which came out very cloudy.  (No complaint, the barman's reaction was "I'm sorry, it's gone".)  We thanked him and moved on round the corner to the Pilgrim: Only one handpump in operation here, but after a taste we ordered pints and it was very good.  I have said before that one quality real ale is all you need. 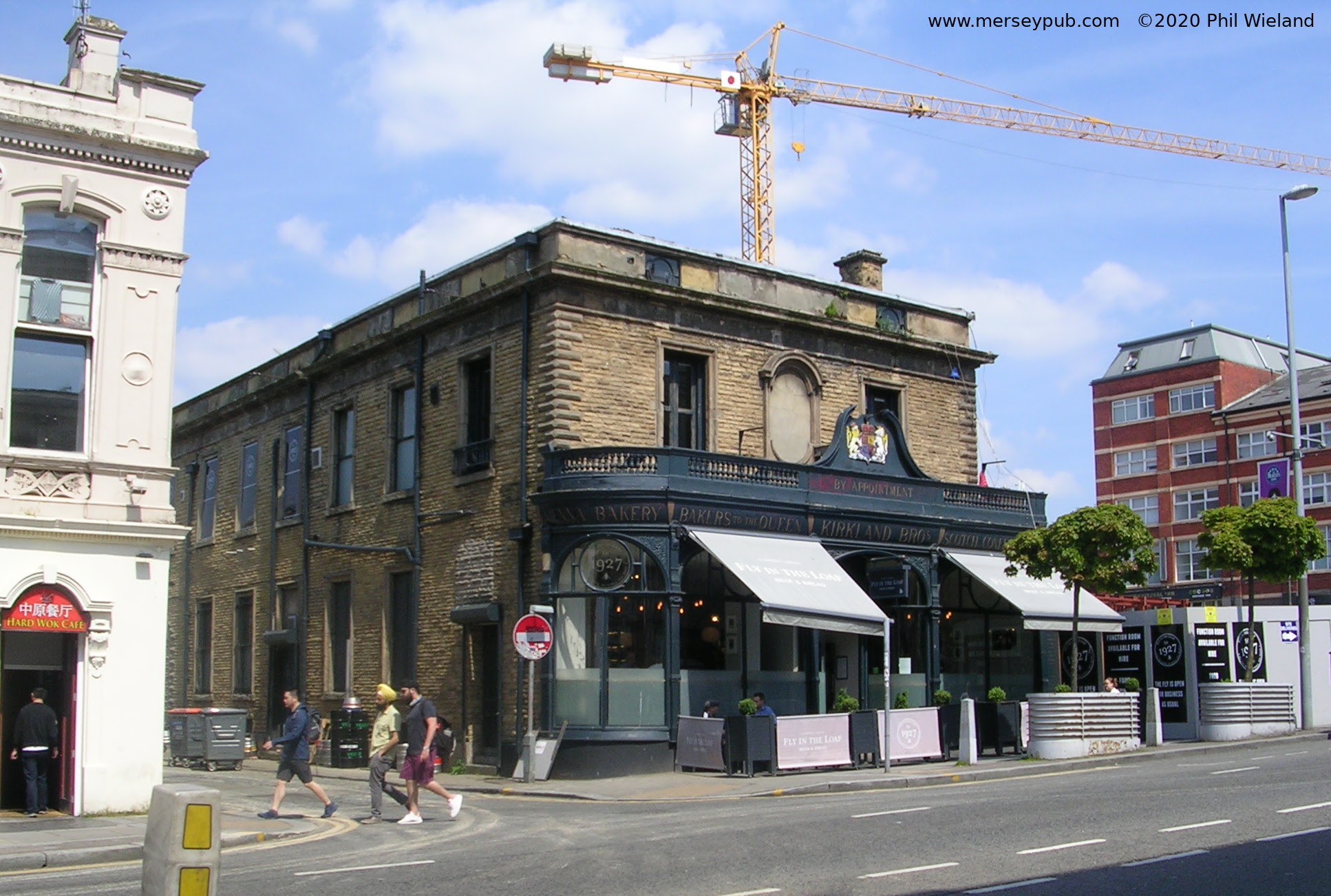 Titanic White Star was on offer so we ordered some.  "Just to warn you, it's naturally cloudy", said the barmaid.  "It is???", I replied, startled by this new information.  We had some anyway and it tasted fine, but I'm sure this is a problem with finings or something else in the cellar, I've never had a cloudy pint of White Star before.  A new variation on the old "it's supposed to taste like that" nonsense when you return a pint of vinegar, I suppose.  Nought out of ten, I hope they're not in the new GBG!

We moved on to somewhere you never see cloudy ale, the famous Roscoe Head.  I've noted before that the only problem with this pub is it's always full, this time we got the very last table and enjoyed pints of Landlord while rehearsing the old argument about that rumour that it's pasteurised; I remain unconvinced.

Next, heading towards home we tried the Crown, but it was very busy and noisy so we skipped it and finished with a great pint of Abbot in Blacklers, which was also very busy (we had to search all round the pub for a free table).  I must say, on a Wednesday afternoon in October I didn't expect to find pubs so busy and lively, clearly the new normal is the old normal in central Liverpool.  A great afternoon out with some friends.

On to Thursday:  Having spotted a few interesting targets yesterday, I headed back into town to mop some up.  Little did I realise how much mopping up would be required!

I started with a visit to Chinatown to replenish my stock of Er Guo Tou Jiu, and then I walked in increasingly heavy rain up to Hope Street, to start in the Liverpool Arts Bar: One large open room with an island servery I in the middle, and a stage at one end.  No one performing at two on a Thursday, unsurprisingly.

The decor, of modern style with the occasional exposed steel joist where they knocked two rooms into one, is perhaps what one would expect of a place with this name, and is very pleasant.  I sat, rather damp to say the least, on a comfy leather sofa and sank a tasty pint of Mahou, a Spanish lager I think.

Less than a dozen customers were here, so the two bar staff were hardly pressed.  One group, of five women, were making enough noise to fill the room and drown out the piped music.

The rain was pouring down by now, luckily my next call was just across the road, at Keystone: This was formerly the Clove Hitch, which I never visited.  It's now a rather well done conversion of an old house into a pleasant multi-roomed pub.

The super-friendly barmaid welcomed me and soon poured me a spot on pint of Trappers Hat.  I told her I'd just been over the road, but the beer was better here and she told me they've got five handpumps.  I must have missed them, very poor performance by your pub researcher!

She also told me that it was free ale this evening to celebrate their birthday.  Curses, another opportunity missed!

Quiet conversations mixed with Beatles music as I enjoyed a fine pint, while my coat dripped on the wooden floor.

I could see out of the window that the rain was showing no sign of easing, but it's not too far to the next target, Frederiks: When I was last in here, Blakes in 2004, I noted the then fashionable exposed air conditioning ducts and the wood and quarry file floor.  The ducts haven't survived but the floor is the same in this rather well done up market bar.  At half three on a Thursday it was me and four or five staff, who were all busy setting up so I guess it'll be busy later.

Not my sort of place, really, but I have to say the interior is very pleasant.  The real fire surrounded by comfortable-looking sofas is a great feature.

The menu looks tempting, pizzas and fried chicken being the main items.

By the time I'd finished my Love Lane four other drinkers had come in, quintupling the custom!

Now, time to head back towards my train home, but there's one more required tick, the Rocking Horse: (Picture from earlier this year.)  One large open room with a long counter along one side, and a stage at the end.  A rather quirky mix of (fake) bare brick walls, wooden counter front, and naked air conditioning ducts and beams above, makes for a rather fine style, in my opinion.

I noticed there are four handpumps on the counter, I wonder if this place has ever done cask or were they installed purely for appearance?  At least I spotted them this time!

A massive telly dominated the room, showing cricketers skiving off due to bad light, and lots of smaller screens surrounded the room.

The drunks at the next table soon gave up singing along with the background music and left, reducing the noise level by quite a few dB and leaving me to listen to music and background chatter.

As I finished my Guinness a fella with a guitar was setting up on the stage.

How about that?  Three never visited places (taking my total to 1,352), and one last ticked in 2004, that's a good result for a wet Thursday.  And I've cleared the whole of Charlotte Street at last.

When I got to Lime Street, my ticket was too soggy to go in the gate!