A bus took me to Kirkby on an intermittently sunny Thursday afternoon.  I was aiming for some pubs I last visited a long time ago, and I began at the Park Brow: 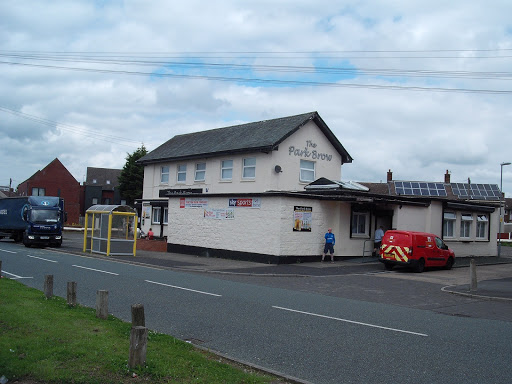 A good start, one family were sitting outside and I entered a plain and very well cared for room with a counter at one end.  The barmaid soon served me a pint of fizz, paid for in cash.  There was no one else in this side but I could hear hints of activity from the other bar.

I can't recall much from my previous visit twenty-two years ago, but I suspect it has changed little and it remains a pleasant plain working class pub as I described it then.

The dray arrived and the whole place shook as kegs were dropped into the cellar.

I departed via the gents and the lounge side which was very nicely decorated.

On to the Kingfisher: 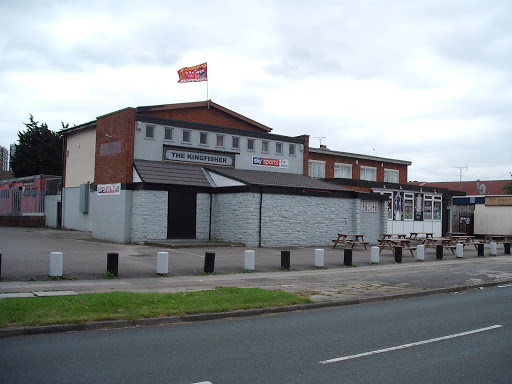 Another classic estate boozer, the two sides are partially knocked through here.  Another Carling for cash from the cheerful barmaid.

I sat on a comfortable bench seat and looked round.  Quite a few people in here, and a game of pool underway.  Unusually, no music at all, I could just about discern some racing commentary under the general chatter.

My memory clicked into operation:  I think the three pubs in this part of Kirkby were one of my first research trips back in 1998.  Slightly intimidated by the area's reputation I was more than a little startled when, as I walked down a residential side street, a video recorder suddenly flew out of the front door of a house and crashed in the front yard.  It was rapidly followed by a very young boy who grabbed the mains lead and proceeded to drag his new toy round the yard.  The windows of the house concerned were boarded up, the local children had obviously gained entry and were having fun with what they could find inside.  I walked on, a little more nervous, but nothing untoward happened to me on this nor many subsequent visits to Kirkby. 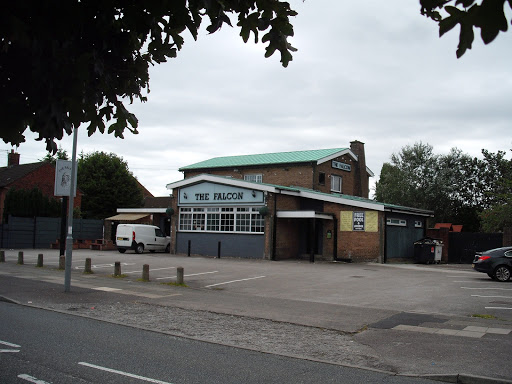 A third classic estate boozer, but it opens at five, so no tick today.  Drat!  (There is a rule amongst pub bloggers that says I should here insert a rant about opening hours, but in this case I hadn't undertaken any research in advance so it's hardly the pub's fault.)

On to Kirkby's centre.  I'm looking for Brambles, not visited since 02, but first I spotted the former Wetherspoon's which, unbeknownst to me, is now the Market Tavern: 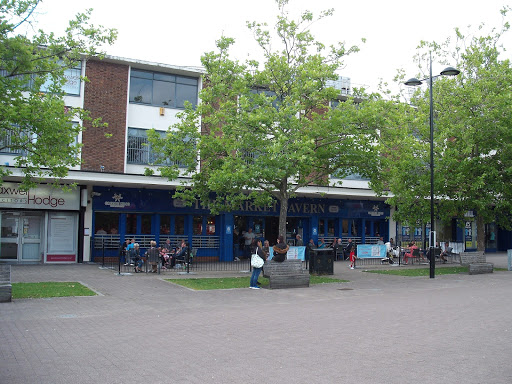 It's been taken over by Greene King, who'd have thought it?

Rather to my surprise, there were two handpumps and my pint of Old Golden Hen was a ridiculous £1.29.  Yes I did say pint.  And it was in good nick as well.

The place was very busy, in fact I had some difficulty finding an empty table at which to sit.  I couldn't see anyone eating but I guess three in the afternoon is not a peak time for food.

Nought out of ten for Greene King's software people, their app that I had to download last week doesn't know about this pub.  What's the use of that?

The place got busier and livelier as I enjoyed my ale, the chatter rising to a crescendo as more and more regulars came in. 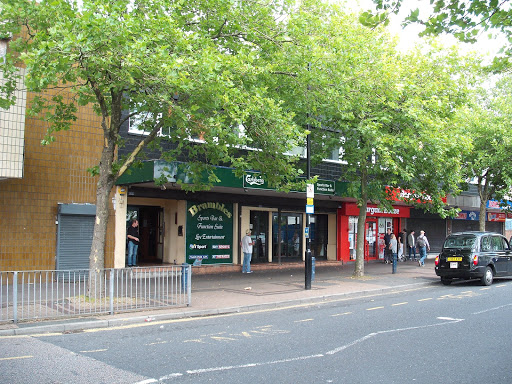 I was last here in 02 when it was called Central, I think, and it doesn't seem to have changed since.

There were plenty of people in, the sound track being Johnny Cash mixed with lively chatter.

The sign said table service only but no one was taking any notice and I joined them at the counter to order another pint of Carling.

As I reached the end of my pint, I watched the bar staff (2) thoroughly cleaning the counter and the room.

The TVs were showing gardening programmes, not really right for a sports bar.   Why not the cricket?

The pub "salesman" here was offering me pizza, I think.

So, four boozers all doing well post-lockdown, what more could one ask for?  I was disappointed to have missed the Falcon, though.

Pub of the day: Market Tavern, for decent ale and lively atmosphere.