Off to Formby on another very hot Friday, and I started by heading for a place not visited since '06, the Pinewoods: 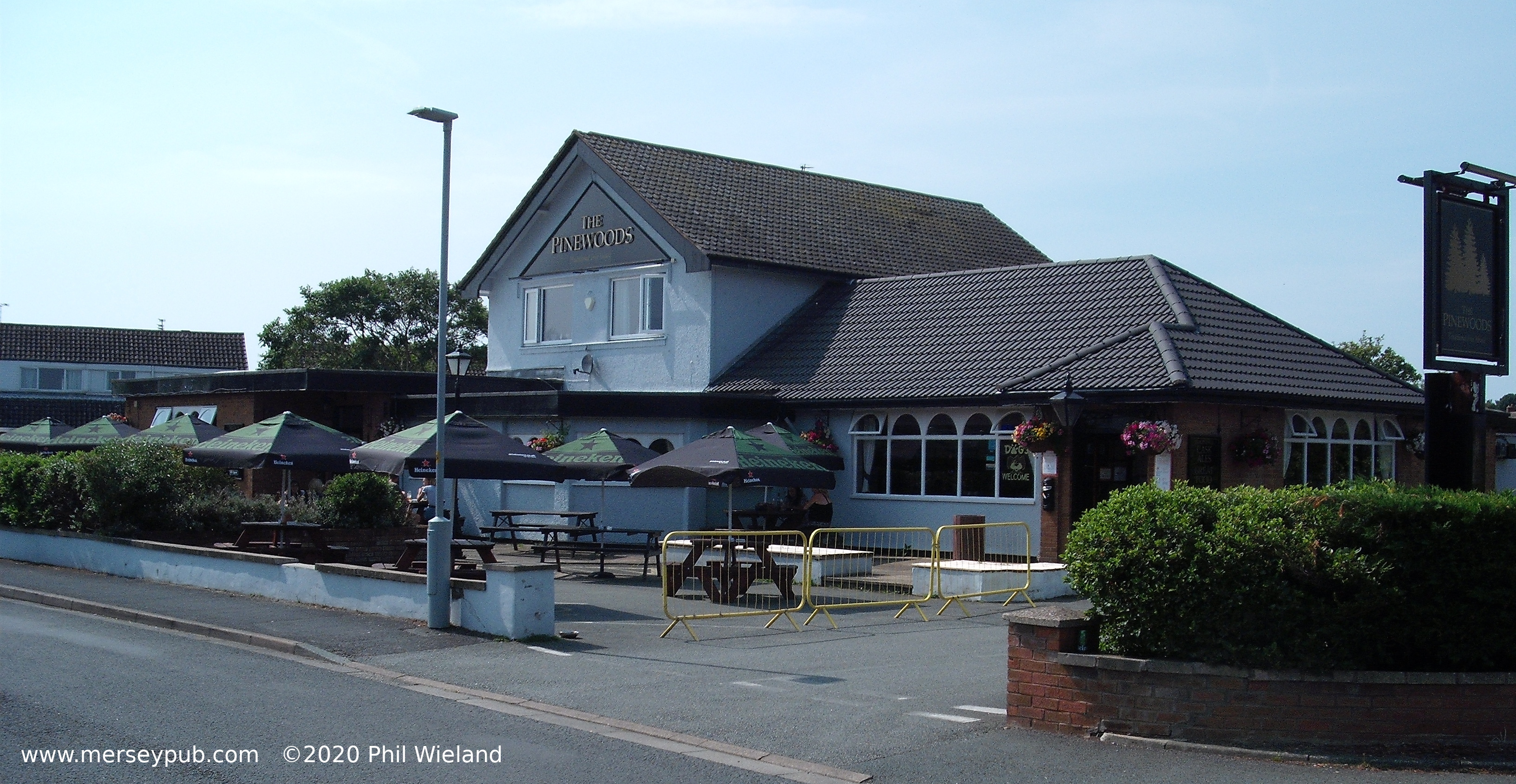 A large open place, built in the 60s or 70s I should think, knocked through into one open space or maybe it was always like that.  Very nicely decorated and well cared for.  Quite a few people, mainly families, were sitting outside dining while the inside was deserted.  I ordered my pint of Higsons Session Pale, which was delivered to my table. It was a bit cloudy but tasted OK, I've never been a great fan of the new Higsons and I've not been here long enough to comment on the original stuff.

I looked around.  Are some of the decorative beams and matchboarding original?  I think so.

Onwards in the increasing heat.  I hadn't realised how popular the squirrels and the dunes are, the road was full of cars looking for a parking space and walkers heading purposefully towards the shore.  I turned the other way, to the Freshfield: 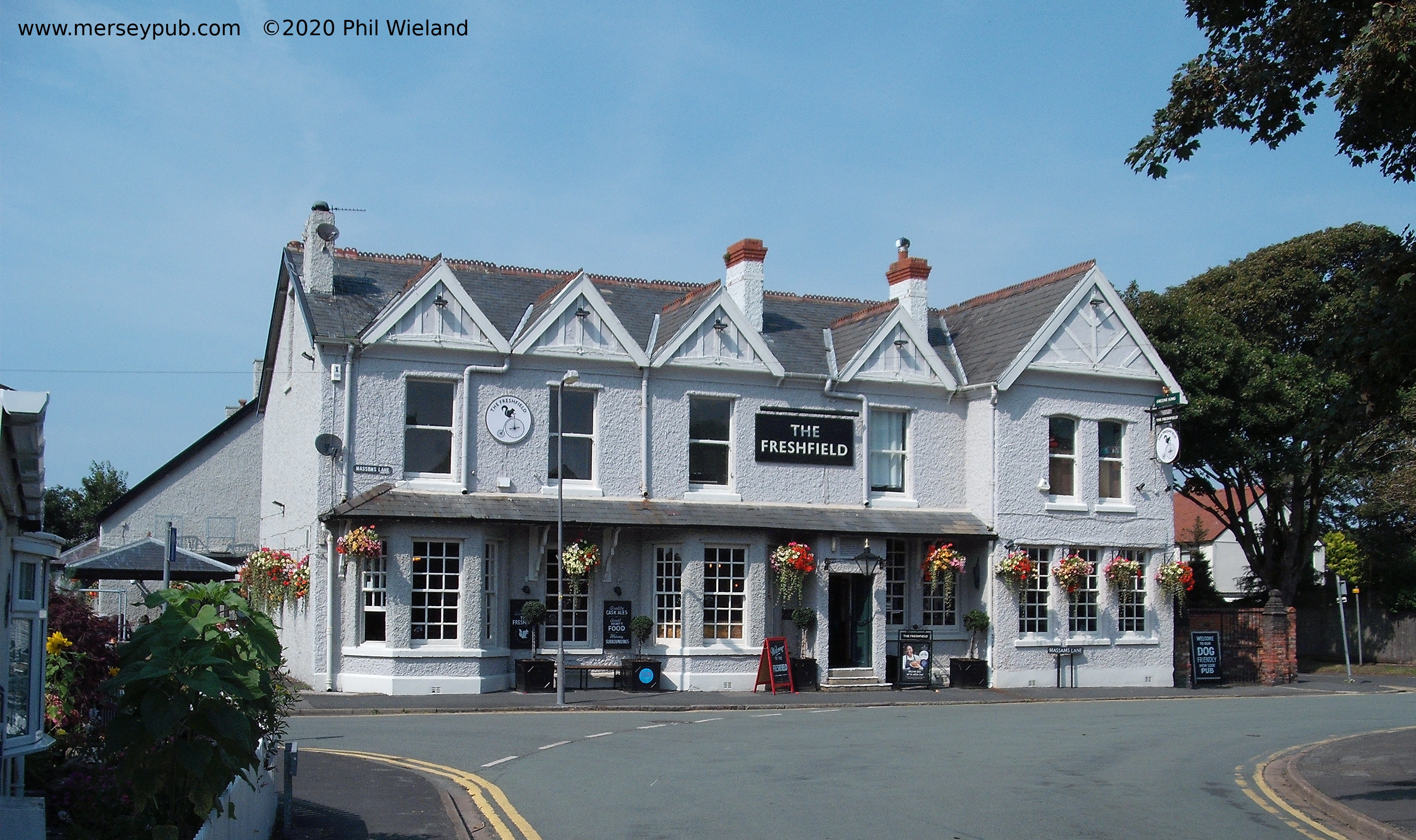 The comedienne of a barmaid guarding the entrance suggested I couldn't come in without a booking, only joking, and then I couldn't sit inside I had to burn in the sun, again joking.  I was not amused.  I registered by scanning a QR code and sending a text but that's pretty pointless because there's no mobile signal here.

Anyway, on to the counter at last and they haven't quite got the fourteen real ales I noted last time I was here, but, they have got a good selection, including two of my favourites, Titanic Plum Porter and Oakham Citra.  I chose the latter as being more appropriate to the hot weather, and it was lovely.

A steady trickle of people came in, each one getting the long lecture covering registration and ordering procedures.

The inside of this pub hasn't changed significantly in my memory, is still pleasant rough bare brick and timber,I suspect it's all fake but what do I know.

Annoyingly, as I often do I had missed the CAMRA discount, ten percent in here.

I watched some cricket, England struggling to finish the Pakistani innings.

On to the Grapes: 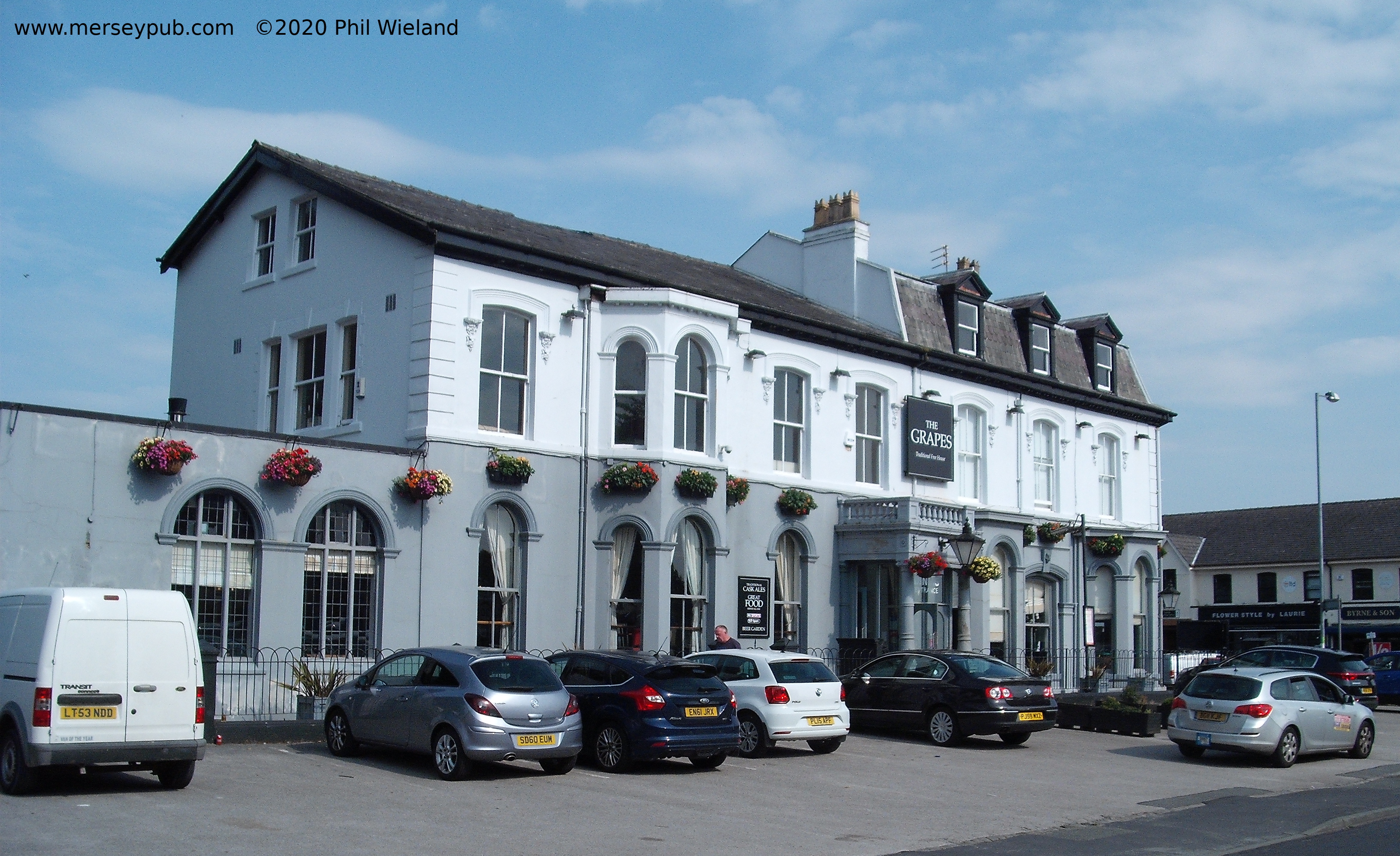 A slightly officious but polite landlady organised me on entry, allocating a table and instructing me on the procedures here.  Order drinks one side of the island bar and then collect them the other side.  There were a few handpumps offering Doom Bar and Hobgoblin but I decided to go for Carling.

Last time I was here, in 2016, I described it as "enormous, open, empty", and it's just the same now. As I was leaving the Freshfield it was filling up, but no danger of that here, they were gently ticking over but by no means busy at half four on a Friday.

I wonder where the gents is in this enormous pub?

Next, the Bay Horse: 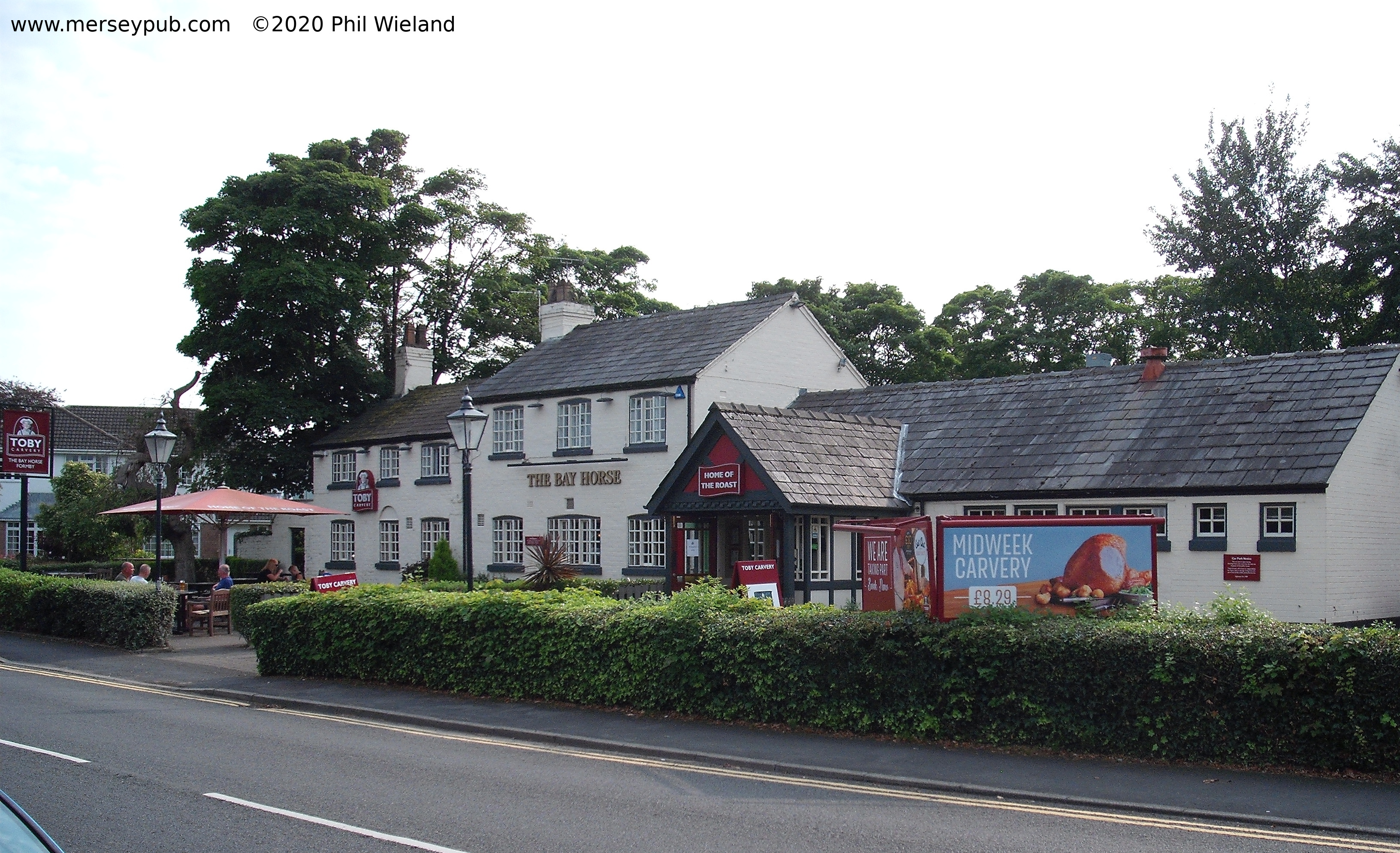 Being a Toby Carvery, I did wonder if I might be out of luck here, but it was very quiet and non-diners were welcome.  Order at one end of the counter, collect from the other.  I didn't like the look of the Doom Bar so it was another refreshing pint of Carling for me.

Gentle muzac and conversation was the soundtrack in the mostly empty spacious interior.  They have knocked through a number of walls but retained some separation between areas.

Extra bonus points for this place, from my seat I could see two signs pointing to the gents.  In the current climate it's not very good to wander round looking for the toilet, as I had to do in the Pinewoods.

Minus points, on the other hand, because it was so empty at five on a Friday; not doing very well, I think, despite their good efforts to provide quality service while following covid-19 rules.

Back to plus points again, there was quite a bit of chatter between regulars and staff, giving this place a better "local boozer" atmosphere than my previous ticks today.

The heat was getting to me at this point, should I give up and go home or could I manage one more pub not visited since 2014, to properly tick off Formby?

Wrong decision!  I walked to the Royal to find it closed. 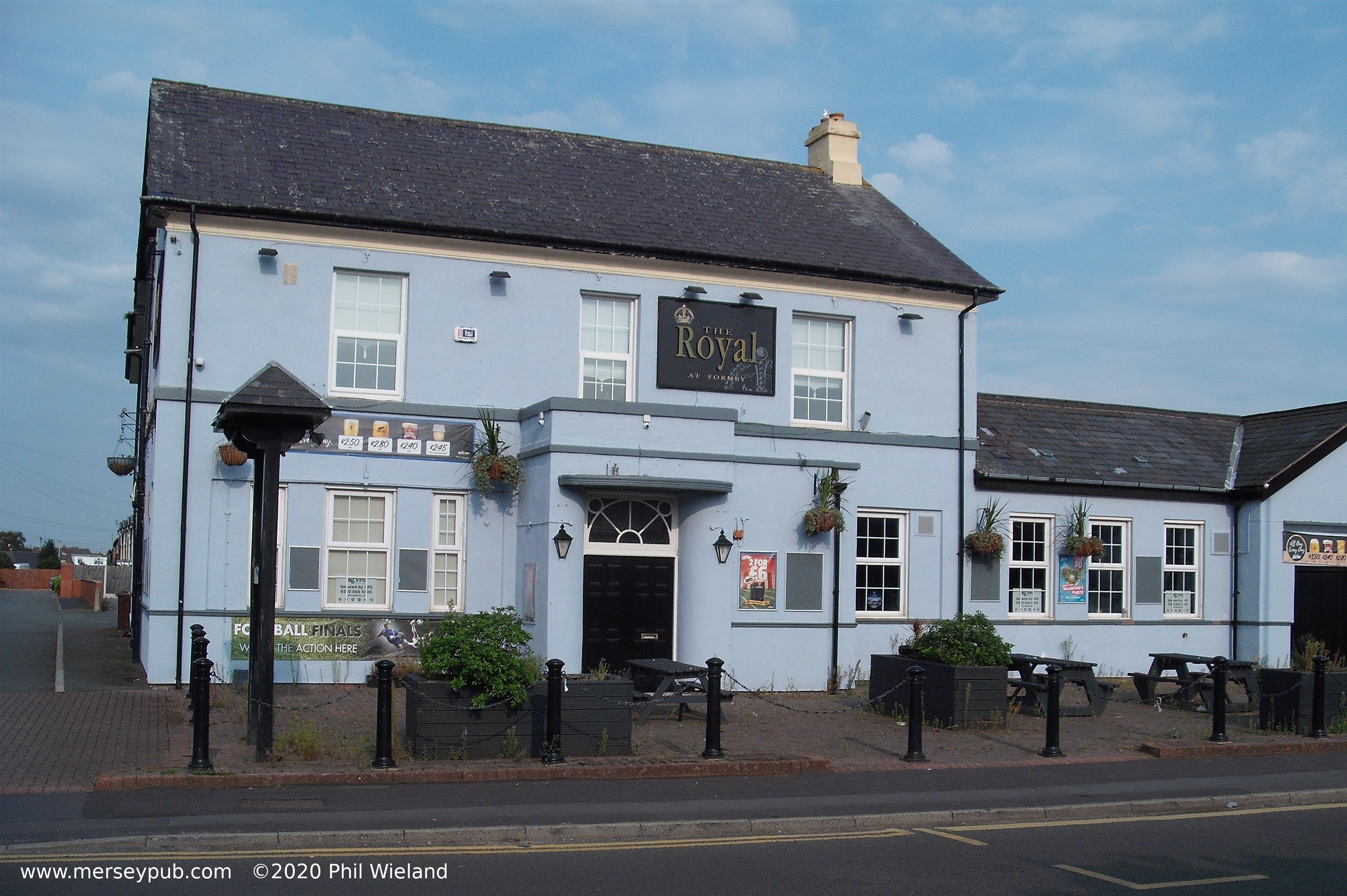 Pub of the day: The Freshfield for having my favourite ales on.